In an earlier post I discussed 7 Signs of a Growth Industry. Let's compare the Aerospace Industry to Internet Startups from Silicon Valley.

With large cash needs, long development cycles, significant regulations, limited liquidity opportunities and a lack of businesses started in student’s dorm rooms, entrepreneurs face significant hurdles starting a business in this industry. So how can New Space change this paradigm? Or if that is too daunting a question to solve in one blog post, what businesses/organization can be started that would defy these industry norms and encourage the industry to behave more like an internet startup?

Here is one humble idea.

The Space Industry needs an App Store similar to the one Apple created for iPhone and iPod applications or Google is creating for its phones. Similar to the way apps have spurred the development of a new “app entrepreneur” for software, such a store would serve as a marketplace for small space-related components that could then be integrated to create larger Space products. What could these components look like? Components are anything from a motherboard to a high def camera to an ozone monitor to a vibration monitor, to a battery, to a live specimen container, to a star tracker, to a solar sail for a CubeSat. Here is how an app store could help the industry look more like Silicon Valley:

2 – Many Exit Strategies: Since these components could be brought to market relatively quickly, these small component companies would generate revenue earlier than those firms developing full systems. Earlier revenue usually equals more cash on hand and cash is a business’s life blood. Earlier revenue could generate more opportunities for these component companies to be sold increasing investor liquidity opportunities and creating industry momentum.

4 – University Participation: A subset of the components offered at the Space App Store could be CubeSat or CubeLab components. Utilizing the free or discounted labor, Universities could offer some of their more unique CubeSat components for sale. Having spoken with Aerospace professors for past posts on this blog, one of their biggest concerns is maintaining adequate funding levels to make satellite manufacturing a regular part of the curiculum instead of a special project which could be afforded twice a decade. An additional revenue stream from components sold on the app store could be an incentive for these universities to participate with the app store.

5 – Young People’s participation: Although hardware will probably always be harder to develop than internet software, Aerospace students would be able to break large systems down into small pieces (components) to offer their creations on the Space App Store. The assumption is that shortening the time from idea to market will increase student/young professional participation since students would be able to more easily see the results from their efforts. The Space App Store would provide a market for those student-built components. I expect strong synergy between #4 and #5. In addition to the Space App Store helping universities by adding a revenue stream, universities could also help their students by validating student-owned components on their CubeSat/CubeLab missions (validation is so critical, see more on this further down in the blog).

6 – Short Product Dev Cycles: Components could be brought to market much faster than whole systems. Perhaps in months instead of years.

7 – Low Government Regulations: Maybe not. Any one business may not be able to change the nature of what is being sold or how the government views these products. However, duplicating how the CubeSat standard was rolled out to the world may serve as a model for the Space App Store to follow. CubeSats have already passed significant ITAR hurdles and international universities and companies are building their own CubeSats based on this standard. The app store could help facilitate the development of similar standards to the CubeSat for the benefit of the whole community.

For an Space App Store to work, here are a few prerequisites:

1. Standards. Apple provided software developers both the standard “bus” (the iPhone or iPod hardware) and the standards for how to integrate with that bus (the STK). Although there is a propensity within the space industry to design everything from scratch, CubeSats and the CubeLab standards have been well received by both industry and universities, both within the US and internationally. CubeSats could point the way for new standards to come. Good standards define the edges and the connections freeing developers to focus their creativity. But wait, you tell me, “It will take years to agree to industry-wide standards for larger satellites, launch vehicles, or other space related hardware.” Okay, so let’s start with Cubesats and CubeLabs and grow from there. With success (and profit) from these smaller standards, standards could grow to include ever larger satellite Buses and experiment buses. As I mentioned in this post, I encourage Bob Twiggs of Kentucky Space to grow his CubeLab experiment Bus to include larger sizes. The same can work for CubeSats as well. For long-term success, the Space App Store must make standards creation a strong priority.

3. Component Validation. How do we know the components offered on the Space App Store are going to work as advertised? This is a big risk. Launch opportunities can be expensive with limited launch windows (wait times for Cube Sats can be as long as seven years). Space App Store users need to know every product offered at the Space App Store will work correctly. Here are a few ways to promote quality products:

Here are a few Examples of components which could be offered on the Space App Store:

Example #1. Cornell has taken the cubesat model and added a new component for attitude control called “flux-pinning” See video below.

Assuming their experiment is successful on orbit, Cornell could utilize the cadre of App Store manufactures to offer this technology to a wider App Store marketplace. Now any authorized university or private company could purchase “flux-pinning” units for their attitude control while bringing in revenue for both Cornell and the App Store manufacturers. And what of the students that participated in this mission during undergraduate or graduate studies at Cornell? Are they not well positioned to take their knowledge and start companies of their own offering competing flux-pinning products competing against their own alma mater?

Example #2. This video shows how one group of students used the LEGO programming language, an iPhone, and $3600 to develop a working satellite. Imagine if this group could profit from their innovations. What a virtuous cycle this could be. Profits from App Store sales could spur on further innovation by this group of students.

It all comes back to Standards, Manufacturers, and Validation. I could see one model where the users of the App Store could make recommendations to a standards board to influence new standards being considered by the group, make requests for components they would like to see designers create, rate component designers and manufacturers, and help design component validation requirements.

Could such a system really change space development as I have outlined?  Thoughts?
Posted by Colin Doughan at 11:53 PM 5 comments: 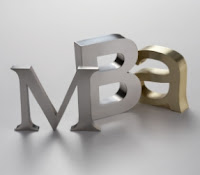 Here is a quick list of Fred Wilson’s weekly posts called MBA Monday. Fred, the Venture Capitalist, takes a step back and connects the dots for those just developing their business acumen.

Each post takes only a few minutes to peruse but includes hundreds of comments if you really want to understand the finer points. I have learned something new each week (usually from the debate that ensues after Fred completes his post). Here is a complete listing of Fred’s MBA Monday series.  Highly recommended!

The Balance Sheet
The Profit and Loss Statement
Accounting
Piercing The Corporate Veil
Corporate Entities
The Time Value Of Money
The Present Value Of Future Cash Flows
How To Calculate A Return On Investment
Posted by Colin Doughan at 10:24 PM No comments:

Both Sides of the Table 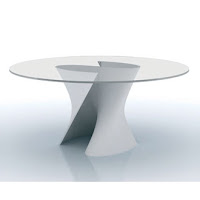 Both Sides of the Table is the exceptional blog from Mark Suster who has lived both the life of the entrepreneur and now the life of the venture capitalist. Mark has some great advice for both the Startup and those seeking to Raise Venture Capital. Just remember, his advice will be focused toward the high-tech entrepreneur who can bring his product to market for less than $10M (maybe much less). You aspiring Moon Base entrepreneurs should sift his advice appropriately. Below are links to some of my favorite posts.

“If you’re in the more likely situation that you can see how to get your business from $1 million this year to $3 million within 3 years and maybe $8 million within 5 years then VC may not be for you. VC’s aren’t looking for companies that are doing $15 million in sales in 8 years from their investment. In this scenario I advocate a combination of bank debt, venture debt, small equity raise ($1-2 million) from high net-worth individuals. These people would be thrilled with a company that could potentially double or triple their money. VC’s would not be happy with this outcome.”

For more on Angel Investing, here is own of my recent posts.
Posted by Colin Doughan at 9:45 PM No comments: 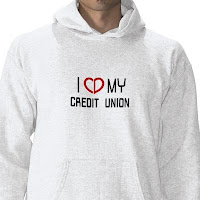 A reader sent me this idea.  What do you think?  A viable business?  Please comment pros and cons.

Idea: Offer an Internet based Credit Union (think E-Trade except an online Credit Union instead of stock trading ) where profits from the organization are used to fund a combination of space prizes, R&D, and new space business ventures.  A few more details:
I know very little about the nuts and bolts of banking.  But here are the things I like about a New Space Credit Union:
So now the questions:
Since I don't know much about credit unions, I called someone who does.  In the coming weeks, I am interviewing the President of local Credit Union with about 10 branches (finalizing a time now).  I want to find out more about the details of his industry, the profit potential of a credit union, expected costs, etc.  I will update this post with the results of that interview.

So now I need your thoughts.  I hope there are others smarter than me on this that can weigh in.
Posted by Colin Doughan at 2:21 PM 6 comments:

Space News is reporting President Obama is planning some much-needed changes to ITAR, the rules that govern how space technology can be sold to customers outside the US (among other things), to include a “new one-time online process” for approving exports.

The goal: easier to export equals more exports.  I love this quote if the export process really happens this way:


“from 30 days to 30 minutes, making it quicker and easier for our businesses to compete while meeting our national security requirements.”

Posted by Colin Doughan at 4:55 PM No comments: