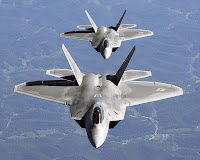 Since 2000, the US has doubled the amount it spends on contracted work (from $200B to $500B). According to the GAO, of the current 95 major defense acquisitions projects, one in four is overrun. Cost growth from these programs is valued at $295B.  In August 2010, the US Secretary of Defense, Robert Gates, announced sweeping efforts to reduce Defense spending. He announced base closures, overhead reduction targets for all branches of the military, the eradication of Joint Forces Command, and many other targeted reductions.

Because of my day job as a contractor, I see first-hand (or have talked to others who have seen) the system of cause and effect that prevents the current government/contractor system from incentivizing and institutionalizing cost savings. Let me explain a few of the forces at play (very simplified) and then elaborate on potential solutions to reduce the cost of NASA (and DoD) programs.

Background - Contractor:
Background – Government:
5 Ways to Make Government Contracting Cheaper:
So here is a short story of my proposed system in action:

Acme Aerospace signs a Cost Plus Award Fee (CPAF) contract for $100M to provide ISR equipment maintenance on the XX military installation for the next five years. Although the company grumbled at the length and intensity of the government proposal audit, they knew this was a needed step. In the first year of the contract, Sally, the program manager, built a strong relationship with the local program office and organized her team to efficiently and effectively honor all aspects of their contract. At the beginning of her second year, working with her now experienced team, Sally identified several maintenance steps that could be streamlined to eliminate two people on her team, a savings of $200,000 per year ($100K each for easy math). Sally approached her counter-part in the government program office highlighting these potential savings. The government liked Sally’s ideas. The program office authorized Sally to make her staffing reductions as a part of a three-month trial.

After three months of monitored implementation, the staffing reductions had, in no way, adversely impacted maintenance efforts (consistent with Acme’s predictions).  The government program office agreed the probationary period was over. 3.75 years worth of cost savings (the amount of time left on the contract) equal to $750,000 ($200K x 3.75) were split evenly between Acme Aero and the US Government. Some within the government complained that Acme just got paid for “doing nothing”, but the program office reminded these critics that the government also got paid for “doing nothing” and encouraged all parties involved to find more savings of this type. Acme got a check for $375,000 which was recorded as EBIT and included in their upcoming quarterly update to Wall Street. Sally remembered a day when achieving such cost savings would have made her miss her quarterly Sales target, and was grateful for the changes in the way Wall Street measured her company and her program. The US Government directed the government’s portion of the savings ($375K) to be retained on the contract to be used to benefit the war fighter at the program office’s discretion which they used to perform a tech refresh on old ISR servers and equipment that were badly out of date.

If we do nothing…

But by making these changes (and other ideas not mentioned here), you unleash the power of commerce on the problem. I cannot think of more powerful tools than creativity and self-interest to help reduce contractual costs and save NASA and the DoD some money.
Posted by Colin Doughan at 11:21 PM