In my last post, I showed the potential of using SpaceX’s Falcon 9 to launch a comsat to LEO and use a reusable LEO-to-GEO transfer tug to move the satellite from low earth orbit to GEO. I also described the largest satellite we can currently put into GEO in a single launch would be a 6,276kg satellite launched on a Delta-IV Heavy for $200M.

But how large of a GEO satellite would be possible using the Falcon 9/Transfer Tug architecture? And how expensive would that satellite be to launch?

Such a Falcon/tug system could launch a 10,000 kg satellite (an increase of ~59% over the current maximum comsat size) into GEO for $171-235M. The price/KG savings is significant ranging from 26-46% over the Delta-IV Heavy. In addition to cost/KG savings, no other commercial launcher can lift 10,000kg to GEO.

Here are my Assumptions: 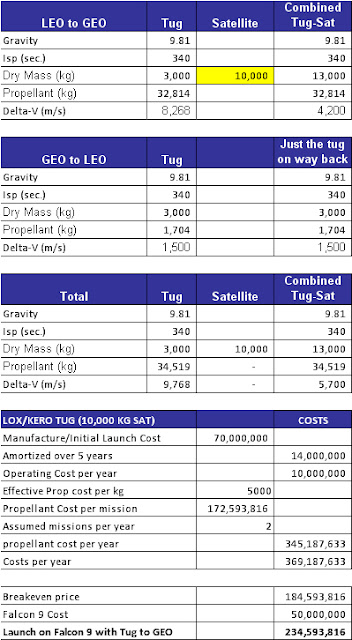 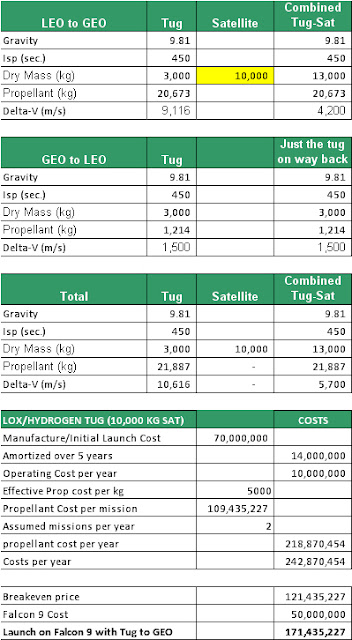 In Part 3 of this series, I will discuss if a Falcon/Tug system could be used to take a Bigelow Sundancer Module to EML1.
Posted by Colin Doughan at 7:51 PM