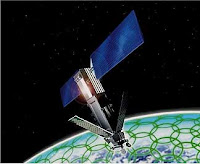 In my last post, I described Part 1 of a business case for a tug service for LEO satellites.  In my post I described how Jon Goff and I had come to the conclusion that Iridium may make a powerful first customer for such a tug service.
Jon Goff now has Part 2 of this Iridium Tug business case posted on his blog, Selenian Boondocks.
Jon not only provides additional arguments for the value of Iridium as a first customer, but delivers a compelling argument for why an entrepreneur may want to consider pursuing such a service, and why Iridium might want to listen if they do.
Additionally, call it perfect timing (too arrogant to call it a response to our post?), this spacenews article came out yesterday describing Iridium's belief their fleets CAN make it to 2017 (3X) design life.  A few interesting nuggets from the report (and my commentary):
Good luck Iridium.  If you want a heck of a backup plan, read Jon's post on Part 2 of the Iridium Business Case.  Thanks Jon for your work on this.
Posted by Colin Doughan at 4:05 PM