Variable Pricing for a NanoSat Launcher 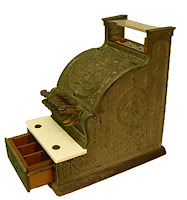 From a recent post about NanoSat Launch Vehicles, a commenter asked some good questions about NLV pricing.

Paraphrasing and summarizing, he asks how a NanoSat Launch Vehicle operator could achieve a low price point ($500-$1M) while still making the price attractive to universities which are often funded from small $10-20K grants. He also asks about how in this same post, I derive a desired NLV price point from between $500K and $1M. My response is below.

I believe the following business model could be effective at both increasing demand for a NanoSat Launcher and earning significant revenue for each flight. The model can be summed up in two themes:

Frequent, well-published launch opportunities increase demand by giving customers the ability to fly as often as they desire. Variable pricing charges your customers what they are willing/able to pay while still giving you, the launch operator, a business model capable of making money long-term.

Launch monthly (weekly if you can) per a schedule posted online. Regulations will probably limit your flight rate more than your technical solution, so focus resources on minimizing regulatory delays. I envision online payload reservation for customer convenience with orbit targets for each launch clearly posted. Sub-divide your cargo space into 1kg/1u modules (1u= one 10cm cubed space. This is CubeSat language). Sell Three products to your customers:

$1.5M per flight.  If the launcher’s payload bays were full, the revenue per flight might look like this (arbitrary pricing):

$1.1M per flight.  If the launcher’s payload bays were less than full, revenue could still be more than $1M per flight (again arbitrary pricing values). Payloads are only at 60% in the example below:

$515K per flight.  Depending on the cost structure of the NanoSat Launch provider, they could even launch a single 3u P-Pod for about $550K. Would some customer’s find value at that price if they launched when they wanted, to the orbit they wanted? Under such circumstances, you may consider filling your unused payload space with non-paying education payloads.

The commenter also wanted to know why I thought $500K-$1M price point makes sense for single 20kg payload? As we have seen above, through innovative pricing, aggregate price points per launch could be considerably higher while still offering bargains to the universities to help keep your manifest full. But below was my logic for why I thought $500K to $1M was a safe range:
Posted by Colin Doughan at 9:41 PM